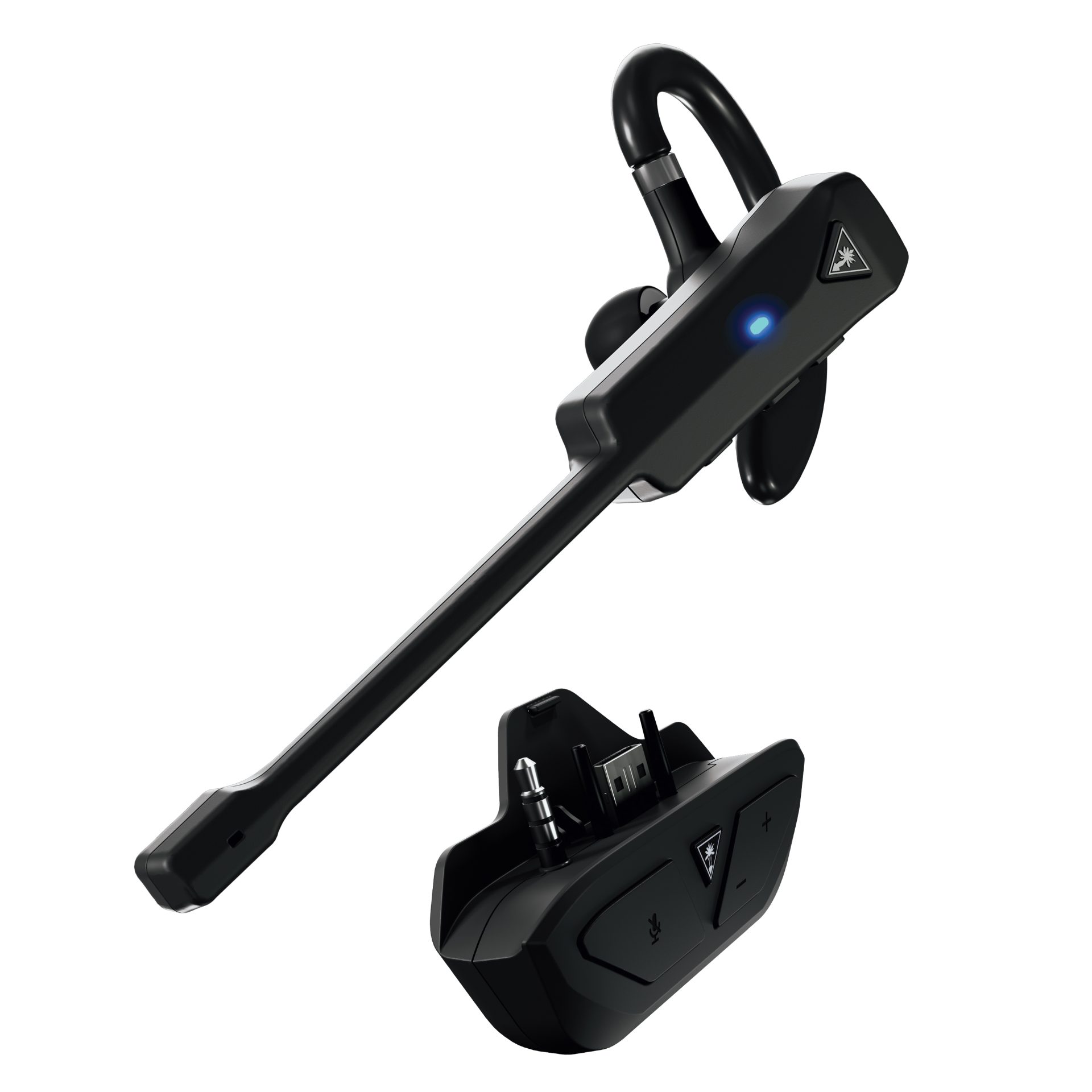 Turtle Beach has churned out quality product after quality product over the years. While we’ve had the opportunity to put many of their devices through their paces, we haven’t quite seen a device like the Recon Air Wireless Chat Communicator. The most common way to chat with other gamers is by utilizing a fully integrated headset and mic. This is the most common way to enjoy a fully immersive gaming experience. The Turtle Beach Recon Air Wireless Chat Communicator offers the option to simply enhance the game chat experience while allowing gamers to utilize their traditional game audio experience.

The device comes packed with replacement earbuds, a charging cable, and a controller adapter that allows for the device to be plugged directly into the controller with access to the device features. We found that using the adapter is the best way to experience the Recon Air Wireless Chat Communicator because of ease of access to the volume and mute keys, as well as the Turtle Beach Logo, LED, which is red if the device is muted and blue if the mic is active.

Despite the earpiece being produced for its chat function, game audio can also be heard if the setting is activated in the Xbox settings menu.

Audio quality shouldn’t be a concern with this device. The noise-cancellation blocks out background noise very well and allows for crystal clear chat audio, but sometimes too crystal clear. We recommend turning down the sensitivity just a hair because while there is great noise cancellation, we found that the mic picks up an awful lot of ambient sounds direct from the user, such as the mic rubbing on the cheek.

Battery life is a key feature of the Recon Air Wireless Chat Communicator. It’s advertised as a 10-15 hour battery life when using the controller adapter, but we found that we could easily stretch that to 17. Even after the battery was completely drained, the 15-minute quick charge feature gave us another three hours of use.

Comfortability is something that we worried about with this device, but that worry was alleviated from the moment we fired up the Recon Air Wireless Chat Communicator. The ear tips fit comfortably and stay put; for the most part. We did find that the device slipped from our ear multiple times during heavy battles that required a lot of communication, but this is fixed with a quick adjustment. Since the ear hook can be rotated to use on either ear, players can easily switch ears in case the device stays put better in one ear than the other.

One of our favorite features is dual-wireless connectivity. This allows for gamers to be paired to both their console/pc as well as their mobile device. This is a great feature because it allows players to accept phone calls and audio messages while in-game.

The Recon Wireless Chat Communicator is a great device for gamers who want to be able to chat without disrupting the world outside of the game. The ability to play games while also being able to clearly hear what’s going on around you is something that adult gamers will appreciate since it takes away a large part of the “I’m too busy to play video games” barrier. While some will find it a little uncomfortable simply because it’s an earbud, we find it to be a must-have, especially for the older crowd that has to constantly be able to hear what’s going on around them.

Previous post Gaming Journalism After the Pandemic; A Change for the…Worse?