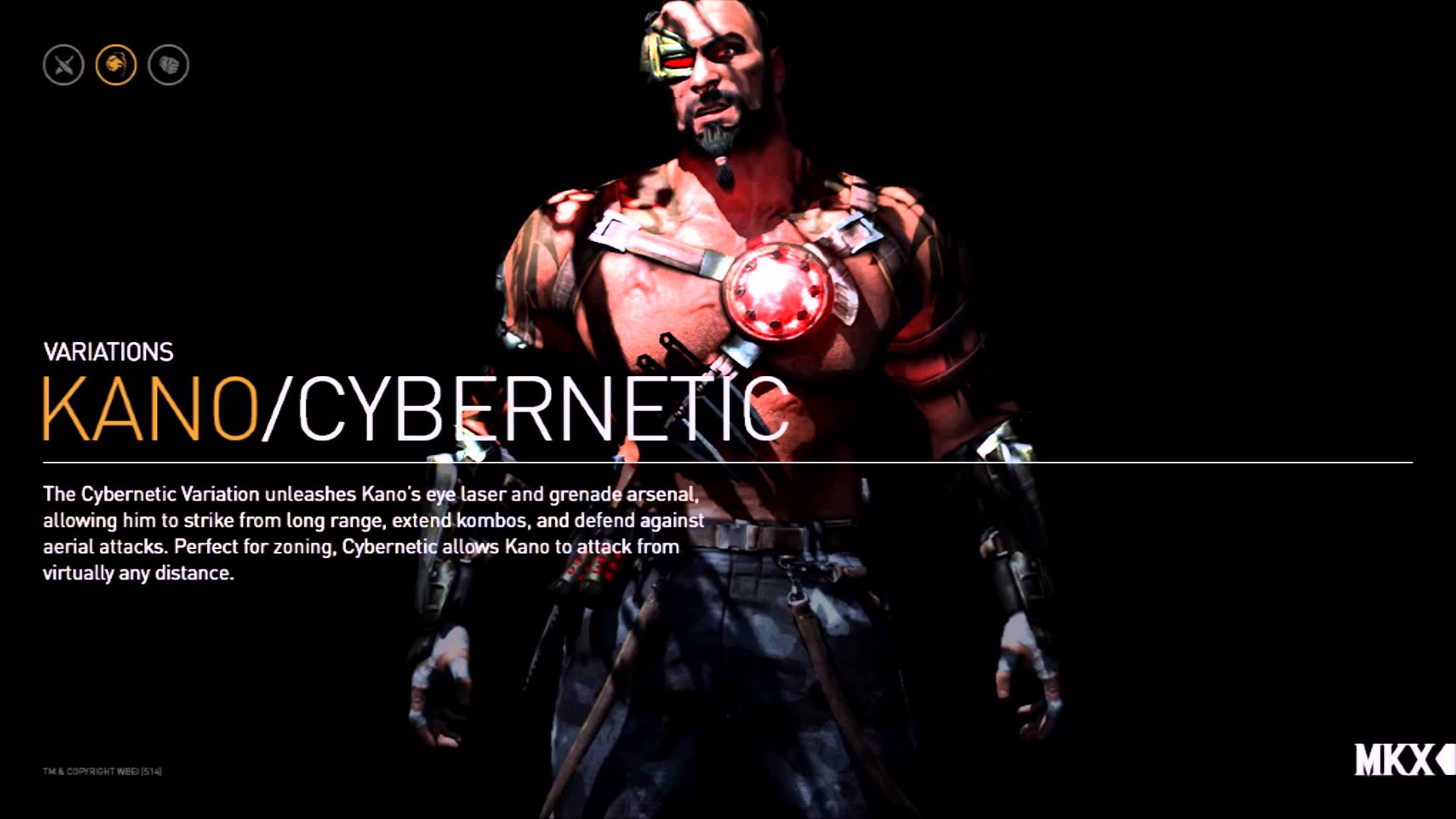 By Justin Jaeger  FINISH HIM!  NetherRealm has confirmed that Kano will be a playable character in Mortal Kombat X.  According to their announcement last week this crazy Australian will be unleashing  three fighting variations to keep the fights very interesting.   The official game play trailer gives us a first look at these bone crushing fighting  variations. Kano’s cutthroat variation uses his cybernetic heart to boost his attack and  unleash deadly knife combos. Cybernetic variation allows Kano to attack from long  range and defend aerial attacks. Kano’s eye lasers and grenades give him the distance  advantage against most fighters. Lastly with the commando style Kano can counter both high and low attacks with enhanced grappling, and with grounding finishers, Kano can  overwhelm his opponents at close range.   Kano Wins!