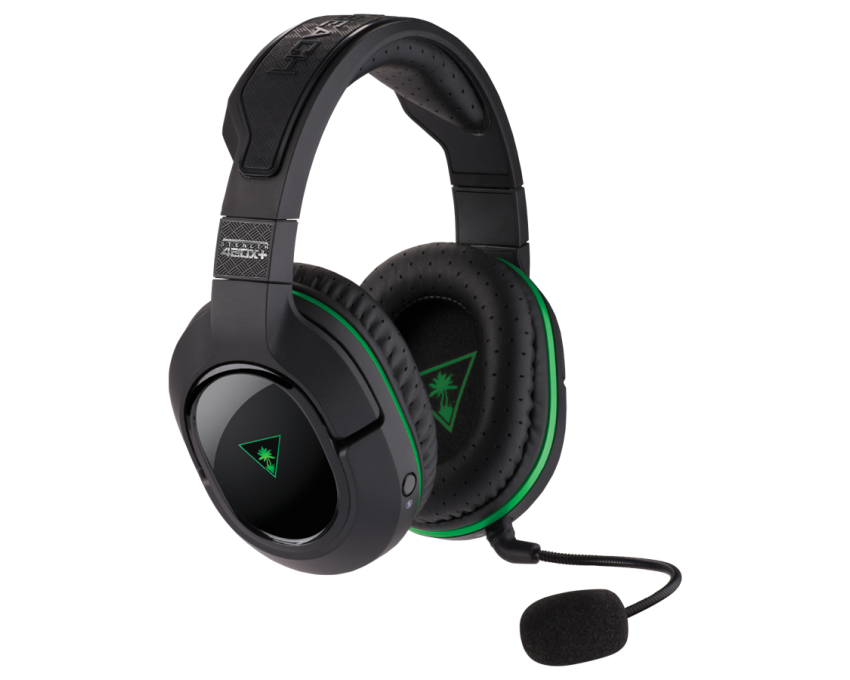 Turtle Beach has been in the headset game for a long time, and in that time has reigned supreme over its’ competitors. I was able to get my hands on the Ear Force Stealth 420X+ and used it on my Xbox One, and the results were fantastic.

The Turtle Beach Ear Force Stealth 420x+ has an incredible design. This all-black headset sports green highlights around its slick, oval ear cups, which are held together by a round, plastic band with a rubbery Turtle Beach logo at the top. The Stealth’s perforated, faux-leather ear cushions and headband felt a little too stiff for my liking, and the headset itself felt slightly too snug. However, I got more comfortable with the headset over time, mostly thanks to how pleasantly lightweight it is. Weighing just 8.6 ounces, the Stealth never weighed my head down.

The Stealth’s deep bass really stood out when I played Gears of War 4, especially with the headset’s optional bass boost activated. From the groans of the haunting soundtrack to the thud of every bullets shot and chainsaw attack, every detail sounded rich — including the brutal executions to downed enemies. the Ear Force Stealth 420X+ headset was an excellent choice for Gears of War 4, as I could easily pinpoint every bullet, grenade and footstep headed my way. Explosions sounded appropriately loud and everything from rattling gunfire to in-game chatter came through crisp.

According to Turtle Beach you’ll get 15 hours of battery life which is more than accurate. Since the first full charge the device has lasted far beyond. I have yet to get a low battery warning.

A great professional grade device. One I’m sure I’ll be using for years to come.